Worth Digging For? “Under the Sand” 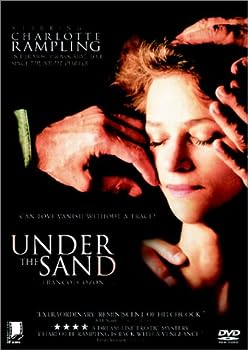 Cover of Under the Sand

Like Hirokazu Kore-Eda’s Maborosi, this French film by Francois Ozon centers on the mysteriousness of an individual death, but it is far less effective than that masterly Japanese picture.  For one thing, it seems to also center on a person’s irrational, even insane, response to an individual death, a loved one’s death, and this possibility merely leaves the film obscure.  More importantly, it is bland and dull—like so many other French films nowadays, distinctly un-entertaining.  Art such as that in Under the Sand shouldn’t be as dry as sand.

The presence of Charlotte Rampling doesn’t help much.  I like her graceful, poignant performance as well as her fetching smile and lovely hair, but she deserves a better movie.  Existential mystery is poorly served by this weakling of a film.

From FX To DVD: “The Americans” Last Year