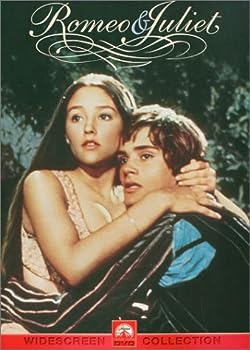 The famous 1968 Romeo and Juliet, by Franco Zeffirelli, tries too hard in its cinematic realization.  Much is overdone, such as the loathsome performance of John McEnery as Mercutio; and, withal, too much of the text is cut.  The killing of Paris, for example.

I agree with Philip T. Hartung about “the terrific fight between Romeo and Tybalt,” and—except for Juliet’s distracting cleavage in the balcony scene— the film’s sensuality works quite well.  Leonard Whiting and Olivia Hussey play the classic lovers and they’re not bad, but they’re defeated by something:  the film lacks tragic anguish, true tragic darkness.  We don’t feel the wound.  The movie is too noisy, too busy, and too commercial for tragedy to force its way through.  I said it tries too hard, but with tragic anguish it doesn’t try hard enough.

Yet Another Review Of “Lady Bird”

Thrashing Out: The Film, “Fist in His Pocket”