My Mean Treatment Of “Mean Streets”, The Scorsese Movie

In Martin Scorsese’s 1973 film, the mean streets of Little Italy remain mean because they are far removed from such spiritual values as repentance and stillness—and, in the case of Robert De Niro’s Johnny Boy, from honor.  Charlie (Harvey Keitel), the levelheaded lost soul raised a Catholic, knows all this.

It’s all too bad, however, that Mean Streets is an arty dud.  Constantly it is unbelievable as it moves desultorily to some loud, inept drama in its last 15 minutes.  I admit that the film captures the free-floating absurdity and madness in the urban characters’ lives, but that’s its only contribution to cinematic art.  It doesn’t help that De Niro looks like a homely beatnik. 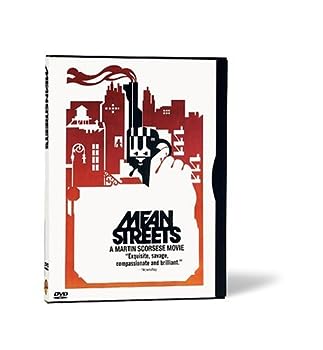