In my view, Terrence Malick’s Badlands (1974) is a bit too visually polished for a movie about a killer and his girlfriend on the lam.  But unforgettable shots and sounds (in the score) proliferate, and Malick’s writing can be brilliant.

Kit and Holly, “lovers”, are ever busy acting and thinking, acting and thinking, but never cease to be victims of their own disjointed minds.  They allow a kind of paralysis, certainly a moral one, to overtake them, and if we infer that this is due to alienation, John Simon dealt with that subject in his superb 1974 review of the film.  He wrote that “Badlands sees alienation as it is: the incapacity or unwillingness to recognize the humanity of others . . .”  This indeed describes Kit (Martin Sheen), the actual murderer, but also Holly (Sissy Spacek), who murders no one. 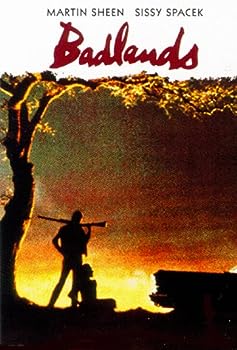 Boys Of War: The Movie, “The Bridge”