Charlotte And All Those Trivialities: Godard’s “A Married Woman”

The 1964 Jean-Luc Godard film, A Married Woman, held my attention for about an hour of its 94 minutes but then became dreadfully dull.  The very pretty Macha Meril enacts Charlotte, who spends quality time with both husband and lover but lacks a veritable devotion to either.

The most interesting thing about the film is the Village Voice review it inspired after being re-released this month in New York.  To Godard, asserts Calum Marsh, “A sort of mass delusion . . . had begun to seize the young [in Europe], manifesting itself in historical ignorance and prevailing trivialities like TV and fashion magazines”—and thematically this is what A Married Woman is about.  I respect this, and I respect that Godard’s visual poetry, though sometimes too obvious in its meaning, frequently hits the mark.  But a relatively short picture shouldn’t be this talky, shouldn’t be a slog. 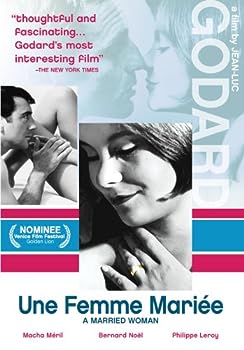 The Beauty Of “Brooklyn” (The New Movie, That Is)