“Army Of Shadows” Against An Army Of Brutality (The Melville Film) 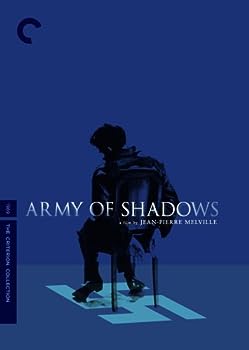 Jean-Pierre Melville‘s Army of Shadows (1969), adapted from a Joseph Kessel novel, would be a mere adventure story if it were not for its impressive sophistication and excellent execution.  It follows the actions of Philippe Gerbier (Lino Ventura) and other French Resistance members in German-occupied Marseille.

The Nazis in the film are scumbags, suspicious and inhumane.  The qualms about violence the resisters often exhibit never arise in the hearts of the Germans.  But the resisters do kill, for various reasons; yet, alas, the Nazis are able to shockingly push them against the wall.  Watch the entire movie and you’ll see what I mean.

Treated unfairly in France—for one thing, it was thought the Resistance ought not to be glorified after the Algerian conflict—Shadows is long and slow-moving but, to me, fascinating and effectual.