A terrible romantic comedy, this, but a nifty musical.  Elvis Presley is a great singer in 1964’s Viva Las Vegas, but Ann-Margret outshines him because her voice is more than serviceable and her dancing charming and heartfelt.  Re the dancing, the movie wisely takes its cue from West Side Story: it’s vigorous.  So is some of the cutting from scene to scene (buckle up!)

As for the songs, they have hooks. 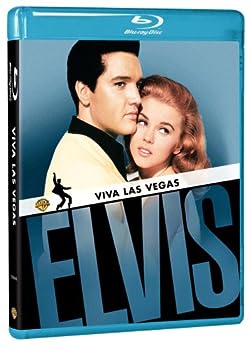