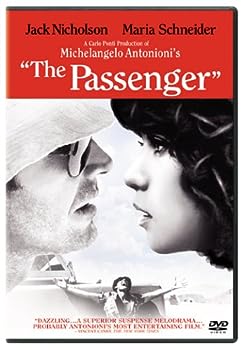 Cover of The Passenger

The film’s premise, as described by Kauffmann, is: “a man changes identity [illegally] and tries to live a new life.”  Antonioni transcends the entertainment value by summoning something interesting:  the man who tries to live a new life (Jack Nicholson) is taking a wayward course and is doing so in a world that is even more wayward.  In fact, because of how the film was shot, his waywardness and the world’s have a way of blending.

Less than compelling, The Passenger is very compellingly directed except where acting is concerned.  Antonioni’s eye is the one to have for a travelogue-like art film.

Men And Dames In “The Blue Gardenia”