“The Wind And The Lion”: Ludicrous

The Wind and the Lion (1975) is an adventure yarn with Theodore Roosevelt (Brian Keith) as one of the chief characters.  If director-writer John Milius admires Roosevelt, as I have read, why did he fail to make him a serious man?  Keith’s performance is fine; Milius’s writing is not.  It turns ludicrous.

Wind also stars Sean Connery (good) and Candice Bergen (bad).  Appearing as well is John Huston, whose presence produced in me the desire to see The Man Who Would Be King, for it’s a much better period piece than this. 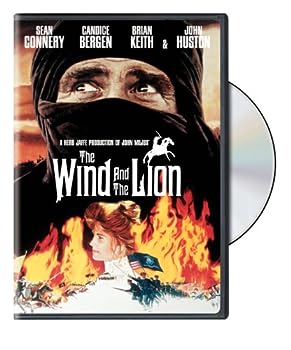 Cover of The Wind and the Lion

All Fall Down: “The Hospital”

Conservative On His Own: The Novel, “Red Line Blues”