I got tired long ago of movies that focus on immoral, abusive police officers. There are too many of them. Clint Eastwood‘s “Changeling” does that, too, but I can take a small amount of comfort in the fact that ITS police officers exist numerous decades ago in the late 1920s. 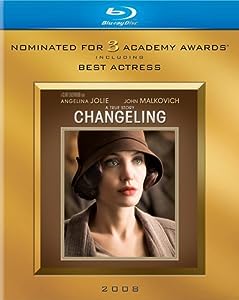 And in the fact that there’s a brutal, psychopathic killer in the film whom the police don’t try to protect.

Ah, but what about all the snake-pit balderdash at the mental hospital to which poor Angelina Jolie is consigned?

“Changeling” is more intriguing than successful. Joe Morgenstern of the “Wall Street Journal” correctly points out that

b) the woman played by Jolie and the preacher played by John Malkovich are together a lot “but don’t really interact.”

They should, but they don’t.

Eastwood’s film handles some grisly subject matter with an ineptitude so many of his other movies have been marked with as well.