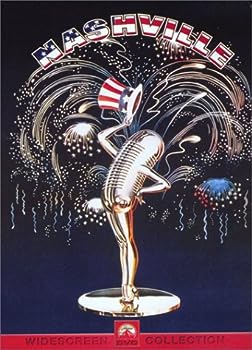 Robert Altman’s 1975 film, Nashville, was severely whittled down from eight hours (!) to two and a half hours long, and this is the only version we have. In this version at least, it is obvious that Joan Tewkesbury‘s script is shallow and biased toward ordinary Americans in the South.

Consider that every song the country-and-western top dog, Haven Hamilton (Henry Gibson), sings is sanctimonious (not likely), but that he himself is arrogant and disdainful.  Consider that Suleen Gay (Gwen Welles), a likable waitress aspiring to be a country performer, is more or less a Catholic hypocrite, and deluded about her singing ability to boot.  And this is only the beginning.  It is not that the film invariably fails to be honest, but that only up to a point is it honest.  Indeed, in many plot elements there is mendacity as well.

As director, Altman is outstanding.  Unlike Tewkesbury.  The movie is a superficial mess which I do not regret having seen four or five times.