Goodbye To Personhood: “Invasion of the Body Snatchers”

To have one’s mind taken away is to lose one’s personhood.  This is what happens to the people of Santa Mira as the outer space body snatchers do their demonic possessing in Don Siegel’s Invasion of the Body Snatchers (1955).  Once the bodies are snatched, the people feel no love or any other emotion, caring only about self-preservation.  In the interest of this, in fact, they know how to mimic people who still have their humanity.  Miles (Kevin McCarthy) and Becky (Dana Wynter) still have theirs, and they themselves rush about for the sake of self-preservation.  There is a fascinating panic in the film.  Siegel never makes a misstep, and the tale, based on a Collier’s magazine serial, is unerringly crafted. 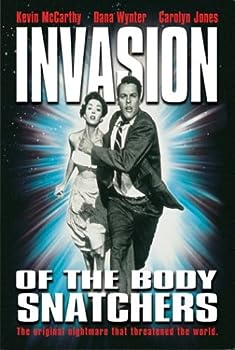 Cover of Invasion of the Body Snatchers

The Siren Is Blasting: “Emergency”