The cynosure of temporary insanity as a legal defense captured the American imagination in years past, and not surprisingly it showed up in 1959’s Anatomy of a Murder, the Otto Preminger film starring James Stewart.  Nowadays it would be more compelling without this cynosure, but as it is, the picture is still gripping and intelligent.  Or, to be honest, it becomes gripping once the technical awkwardness, evinced by Duke Ellington’s flashy and incongruous music, eases up.

Adapted from a novel, the film revolves around an attorney’s defense of an army officer (Ben Gazzara) charged with the murder of a bartender.  The bartender allegedly raped the officer’s wife (Lee Remick), an unhappily married party girl.  A trial proceeds apace and allows George C. Scott to give a smart, riveting performance as a prosecutor.  Fans of courtroom drama will love Anatomy of a Murder, an imperfect movie, sure, but one at least (from the Fifties!) that was made for adults. 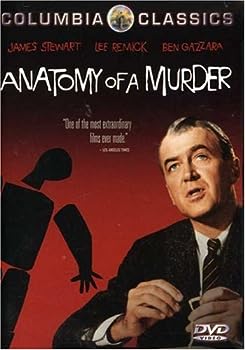 Cover of Anatomy of a Murder

A Word About Chabrol’s “L’Enfer”

“Training Day”: How Brazen Of You!