The 1969 Bob & Carol & Ted & Alice, a Paul Mazursky film, examines the late Sixties’ trends of “liberation”, such as touchy-feely therapy, as two married couples try them on for size.  Only slightly satirical, it’s a humane work with competent performances by Dyan Cannon and Elliott Gould, but it’s also a garrulous bore which doesn’t really offer a proper resolution to the characters’ contretemps.  Instead we get a flimsy what-the-world-needs-now-is-love conclusion (with Jackie DeShannon’s song on the soundtrack).

An Unmarried Woman is still the Mazursky movie to see, not this one. 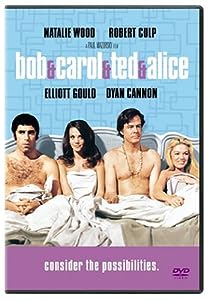 Cover of Bob and Carol and Ted and Alice

On Machismo And Murder