Though it has a sympathetic attitude toward the Indians of the late 1800s, the Martin Ritt Western, Hombre (1967), is close to misanthropic.  The white brave whom Paul Newman plays is a cold man who, at long last, makes up for his coldness at the movie’s end.  The whites who accompany him on a stagecoach ride are not always very decent, and such men as enacted by Richard Boone and Frederic March (an atheistic jerk—the character, I mean) are clearly depraved.

Based on a novel by Elmore Leonard, the film is interesting and somber, not to mention curiously tragic—eventually dropping, in my view, the near misanthropy for a kind of humanism.  Ritt directed cleverly, and there is a lot of good acting. 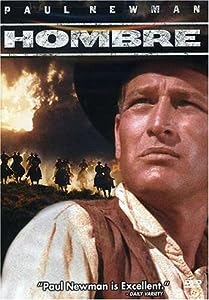 Goin’ “Between the Lines”