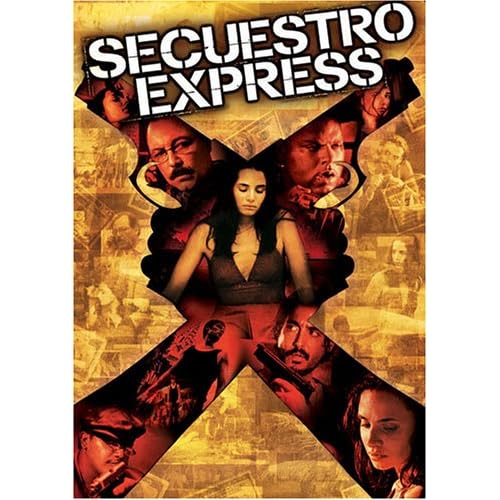 Carla, a rich man’s daughter who does volunteer work with poor children, is kidnapped by lower-class thugs coveting ransom money. Her druggie fiance is kidnapped as well, but later escapes after turning unexpectedly treacherous toward Carla. Life is strange, Carla has to admit. The only good thing going on here is that the thugs decline to rape her.

“Secuestro” could easily have been tedious; we’ve seen all this Latin American ugliness before. But tedious it isn’t because it’s a vivid thriller. Mia Maestro, who plays Carla, is magnificently comely and histrionically hard-working and affecting. One hopes to see her in many future roles.

I chose to see “SE,” available to me only on DVD, instead of such American films as “Munich” and “The New World” because of possibly false reports that these two movies are boring. What if it’s true? CRITICS have made this charge. Can it be that U.S. filmmakers are ceasing to interest us? (Yes, it can be; you’d better believe it.) As I said, “Secuestro Express” could have been tedious, but Jakubowicz prevents it from happening. That’s meritorious filmmaking.